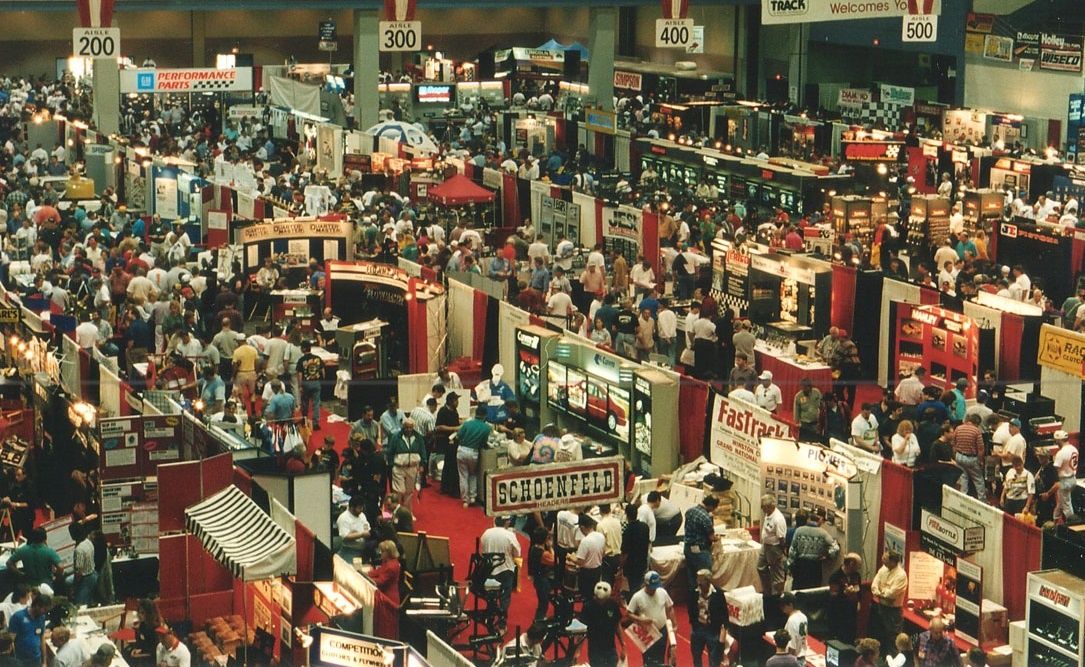 Before you decide to exhibit at a show I want you to be clear who you’re selling to, consumer or business? Make sure it’s a fit for the trade-show.

The, who you’re selling to could be a business.

It could be that you want to sell to a corporation like Proctor & Gamble or Avery Dennison if it’s an office supply. You aren’t typically going to find those at a Trade-show, so you shouldn’t be going to the usual show if you want to talk to Avery Dennison, you’ll need to go another way.

If you want to sell to a retail chain like Home Depot, Lowes, QVC, HSN or Wal-Mart and Target, all of those like Macy’s, Zales, Helzberg, Nordstroms, those you can find at shows and they’ll be at different shows for different categories of products that they sell, so it’s important that you define it.

Who you sell to, the first sort is, are you selling direct to a consumer or are you selling to a business?  If you’re selling direct to consumers then you would be looking at things like the gift shows possibly or shows that do what are called delivery goods.  If you’re selling to retailers, a lot of times you won’t necessarily be at a gift show, unless you’re looking to sell to Hallmark or someplace like that because they’ll be at the show.

Is it a consumer show or business to business show?  If it’s a consumer show then oftentimes tickets can be purchased and it’s open to the public, that’s the phrase you’re looking for.  If it’s business to business it will say wholesale only or trade only and the other things you can look for are the list of exhibitors.  Or you see well-known companies in there that you recognize from walking some store aisles then you know they’re selling to those stores.

Then it’s a business to business show, so if you were looking to sell to consumers directly and you’re at a business to business show then you’ll be out of luck that won’t work because that’s not what that shows flavor is. If you ever have a doubt contact show producers. You can usually find their information on the exhibitor packet online. You want to make sure it’s a good fit for what you’re doing.

Your purpose for being at the show.

This is directly related to the outcomes that you’re committed to creating inside your business.  If you are going to a show and your purpose at the show is to get acquainted, know people and to network then you might not need to exhibit the same way. If it’s the same objective, meaning networking then you want to make sure you’re going to every special event you can.

Make sure you’re at the opening night party, that you’re staying for most of the show and the best day in many cases is if you want to network and get to know a bunch of people that’s beneficial.  If you are networking at a show the networking opportunities are the educational seminars, the lunches in the food court.  Please don’t eat alone when you’re at a show unless you have a purpose to do so, but if you’re at a show and you sit at a food court table, there’s usually someone sitting near you who’s also sitting alone, so ask to join them.

That’s how we actually met a new client last year at a show. I happened to be eating a hot dog and was looking for a place to sit and I sat next to this man who was there with a friend who was an exhibitor. Maury took me to his friend’s booth because he said they needed me and that’s how we got connected is because I was looking for a place to eat.

So when you’re at a show and one of the outcomes you’re committed to is networking, sit with people, talk to them, say hello and be friendly it makes a very big difference.

1.Networking and getting to know people and the industry as well as who the players are.

2.Sales is always an outcome you’re looking for if your product is ready.

3.You may also be looking to scout the show to see if you want to exhibit the next time.

We do this regularly with shows and it can give you a flavor of what this kind of show is about. If you aren’t sure it’s for you then you can go as an attendee, walk the show floor and keep your eyes open.
4.The other purpose you might have for being at a show is to look at the exhibits of other people.

I attended the Consumer Electronics Show  for a client of mine at the different booths and displays to make sure no one is competing with the product they’re launching in the next few months. So when you’re going to a show, your purpose for being there is something you should have written down and crystallized before you even decide to go.

Why are you going?

You’re investing your time, money and efforts, and I’m a big proponent of writing down that’s a good investment for you. Make sure you are doing the activities that will give you the best chance for that outcome.

The next thing to take into consideration is particularly important when you’re exhibiting.

Get into the concerns of who you’re selling to.

This is really important whenever you’re selling anything and that isn’t always something that money is changing hands for. It can be that you’re enrolling people to sign up for a newsletter or to get on these free calls that I do on Monday’s. Maybe it actually is for the sale of your product. They have concerns going on in their head that are unspoken until such time that they tip their hand because they really trust you.

So it’s important when you’re at a trade-show, after you’ve defined these bullet points, this last one is important for setting the context for making the sale so that you’re handling the points they would want to hear about before they even ask a question, and you’re doing it in a concise manner.

That’s part of the, how do you get the sale? You sit down before attending and say I know that this show is filled with retail stores that are looking to have product in their store for next season or by Christmas or whatever it is that’s appropriate for you.

What are they going to be concerned about? About whether the product is a right fit for their consumer, if they can deliver on time, if the quality is good, that the pricing makes sense for them, and they’ll be concerned about how they’re going to get more people into their store. This idea then of getting into the concerns of who you’re selling to is very important. It will have you present your product, PowerPoint or taste for the sale very differently.

We have a great example of that. Last week we were working with a client and it’s one of the people exhibiting at the upcoming show, and we were talking about his marketing plan. How was he going to get the message out and what can he say in terms of his marketing plan, information for or at the show that will have a retailer go wow, nobody else is doing that for me, that’s awesome. Yeah, I’ll buy your product because you’re supporting my store beyond just making a sale.

There were some cool distinctions that we put into one of the pages of his sales materials that will have him stand out, particularly against other up and coming businesses. This getting into the concerns can have you think differently and be creative about why they should do business with you.

So that’s the cliff notes version on trade shows and some of the things you really have to pay attention to.

Here are a few links to Convention Schedules.

How would you like to be able to ask questions privately to a business person who’s worked on lines that did over $300,000,000 in sales in three years? You know…..  someone who has a laser-like focus on PRODUCT BUSINESSES.  Schedule a Discovery Call Today.

Creating a physical product and getting it out in the world can be a struggle but it doesn't have to be. You can get answers to your questions, eliminate doubt and learn the next 2-3 steps forward.  Book a free introductory appointment now.

GET THE EBOOK "TURN PRODUCTS INTO PROFITS"

If you want to make money from your products, you need the right tools at the right time.  Our e-book shares tips, case studies, and best practices so you can harness your creative product ideas.